Initially founded by Steve Manley in July 2014, the Tesla Owners Group UK slowly grew from the confines of Facebook to become recognised by Tesla as the official owners' group in the UK in 2016. This was in part due to Manley's insistence that only confirmed owners could gain access to the group, a restriction that Tesla took notice of. From this point, the group were granted access to information and exclusive insights, creating a conversation between Tesla and their UK owners - a feat that is typically unheard of in the automobile industry. In April of 2017, the group voted for Will Fealey to become the new Group President, following Manley stepping down. Fealey has been running the group ever since, becoming the middleman between the group’s members and Tesla, and addressing issues directly with Tesla executives in the UK, and across the world.

The Group features over 4200 confirmed owners and members nationwide. The group operates as a member’s club to support and represent Tesla owners and users throughout the country, and to coordinate communication with Tesla on behalf of its members. There are also a range of social events and gatherings that are hosted across the country for members of the group, helping to facilitate a range of discussions, and to help create a knowledge base for all current and future Tesla owners. The benefits for Tesla owners also extends to the groups Approved Supplier Directory, which helps members to quickly and easily find a suitable and trusted company to help them with their Tesla-based needs.

The Tesla Owners Group UK also works in the wider community to help promote the use of electric vehicles, as well as the adoption of renewable or low-carbon energy and zero carbon living. They do this through a variety of events including coordinated fundraising efforts, as well as a series of charitable acts done on behalf of their members. Their charitable works include their Radio Flyer Programme, their 'Request a Wish' Programme, and they have now also begun fundraising efforts to help MIND through their 'Tesla Taxi Service'.

Having recently been contacted by the Group, we provided them with these stunning matte finish Riviera mugs featuring a glossy black pad printed design and a vibrant red interior colour accent. Each mug can hold up to 340ml of their favourite drink, and the sleek design perfectly complements the style of the Tesla brand. 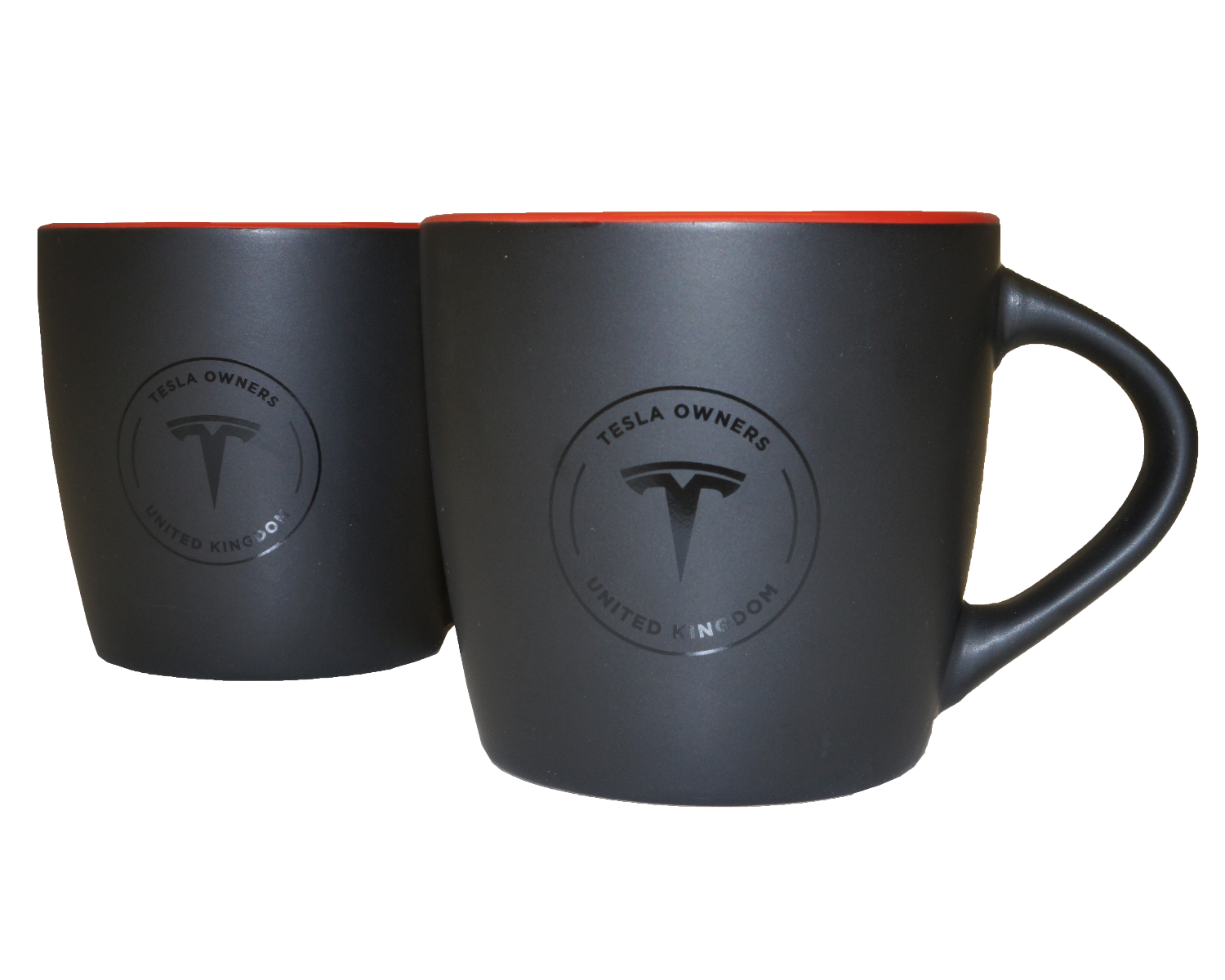