We were recently contacted by VCCP, an international, integrated communications agency. The company was originally founded in January of 2002 by Charles, Rooney, Adrian, and Ian (their surnames all spelling VCCP), all four of which having previously worked at global agencies before founding their own company. The quartet took the bad habits that they had seen at their previous agencies and strove to challenge them when creating their own. This led to their ten founding principles which have gone on to serve as their code of conduct with clients.

Since the company’s founding, VCCP now has offices in Berlin, London, Madrid, New York, Prague, San Francisco, Seattle, Singapore and Sydney. VCCP are an agency looking to help their clients challenge and disrupt their fields, and with a range award-winning campaigns for big names such as O2, easyJet, Cadbury, and Domino’s, they have distinguished themselves as the challenger agency for challenger brands.

VCCP’s company motto is that ‘it only works if it all works’, meaning that they involve themselves in much more than just the advertising of a brand. They gain a thorough understand of the client, their brand, and their sector in order to challenge it and transform it. This has led to campaign success such as Domino’s ‘Joy of Missing Out’, Cadbury’s ‘Battle of the Inventors’, and Nationwide’s ‘Six Months Time.

We provided them with these stunning two colour printed Durham mug with a vibrant yellow inner. Our durham mugs are some of the best selling mugs on the promotional market, featuring a large print area and an extra-comfortable loop handle. We matched the bright, yellow inners to VCCP's faux-teabag design ready for their 'cup of tea with VCCP' event. 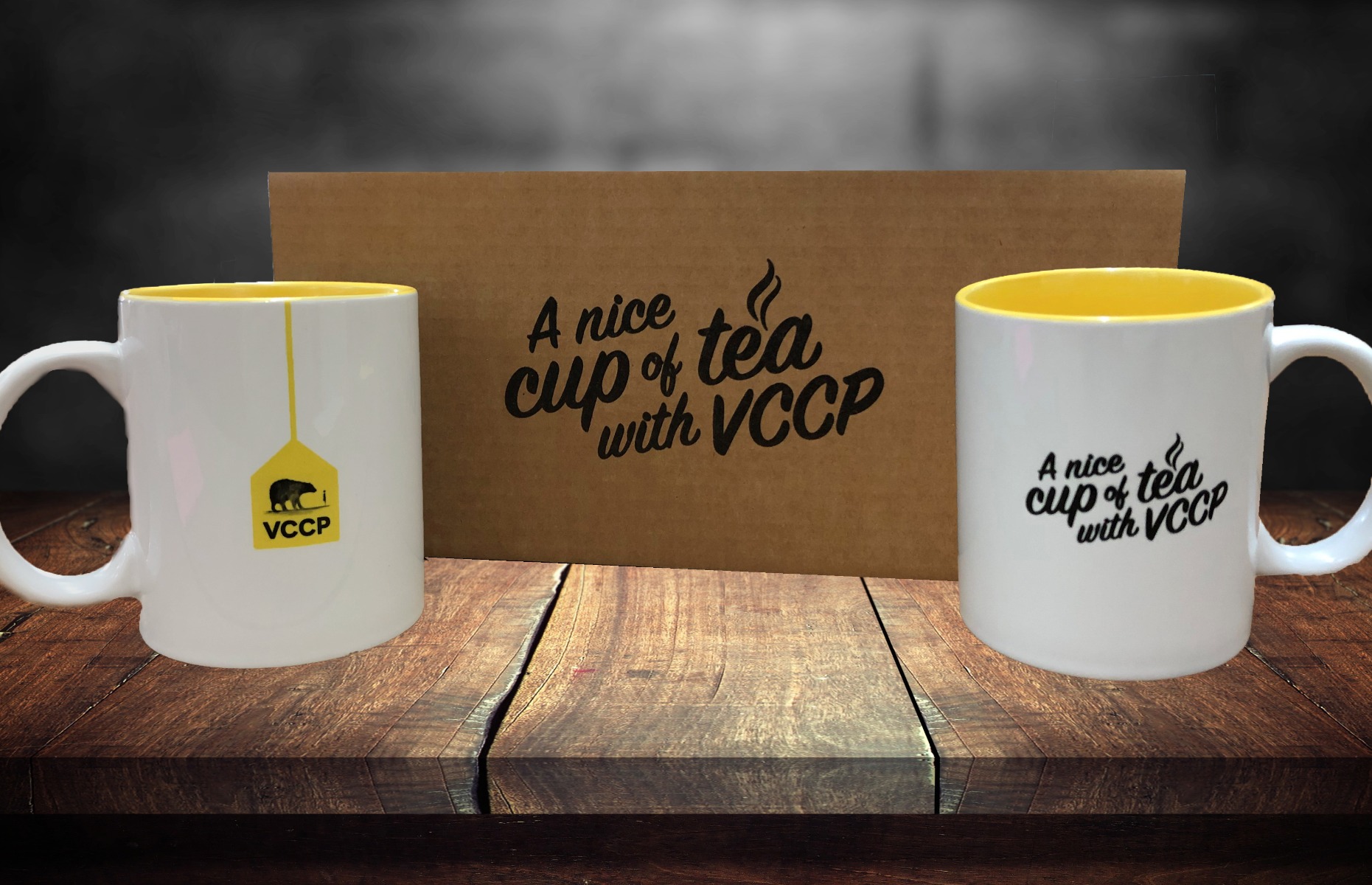 For more of our products and customer showcases, keep your eye out online and on our social media;